Summary: Today, the Federal Government announced an extension to the HomeBuilder program. This is something Master Builders Victoria has been advocating for via our national body, Master Builders Australia.

Today, the Federal Government announced an extension to the HomeBuilder program.

We are pleased to see that the feedback we’ve received directly from our members has been heard by the Federal Government.

The changes announced, in a Victorian context, are as follows:

This means that builders who have gained a licence after 4 June 2020 will be eligible to participate in the Homebuilder program for all contracts signed from today.

The rest of the existing program criteria applies, and the $25,000 grant will still be available for eligible contracts signed on or before 31 December 2020.

Once further details are available, we will provide more analysis in future bulletins.

The full media release from the Federal Government can be read here.

More information on the program can be read here.

We acknowledge the work of our national body, Master Builders Australia, in securing this positive outcome from the Federal Government; their media statement is below:

The Government’s extension of HomeBuilder shows its ironclad determination to achieve economic recovery.

The Prime Minister knows all too well that a strong building industry means a strong economy which is why he and the Treasurer and the Minister for Housing are making today’s announcement.

Extending HomeBuilder is a giant leap forward towards economic recovery. It will generate billions in economic activity, help save thousands of builder and tradie businesses from going under,

Today’s announcement is a reflection of the Morrison Government’s willingness to listen and act resolutely in the community’s interests,

“Master Builders has been calling for HomeBuilder to be extended for months. Our forecasts show that despite the hugely positive impact of HomeBuilder Mark I the housing sector still faces a devastatingly steep decline putting thousands of businesses and jobs in mortal in jeopardy. We particularly recognise the efforts of the Assistant Treasurer and Minister for Housing who has been an unceasing advocate for our industry and game-changing effectiveness of the HomeBuilder,”

“Importantly, this move will boost the construction of apartments and helping to create a pipeline of work for commercial construction businesses whose forward work is falling off a cliff,”

“The HomeBuilder grants are also the leg up that thousands of Aussies need to help them overcome the daunting deposit gap and get themselves into the housing market,”

“We know that owning your own home is one of the most effective ways for people to build household wealth to provide financial security during their working lives and their retirement. So, extending HomeBuilder also provides huge long term benefits.” 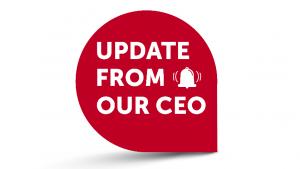 End of year member message from our CEO, Rebecca Casson 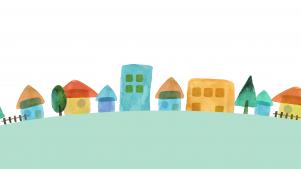 MBV attended a briefing with the Minister for Housing and CEO of Homes Victoria to hear more information on the Big Housing Build.