Summary: As Treasury forecasts tens of thousands of Victorians could face unemployment, Victoria’s building and construction industry is desperately short of tradespeople.

With tens of thousands of Victorians expected to lose their jobs after the withdrawal of the Federal Government’s JobKeeper scheme, Master Builders Victoria (MBV) is urging Victorians to potentially consider a new career in building and construction, at a time when the industry is desperately short of tradespeople.

The $90 billion JobKeeper scheme which had been a financial lifeline for many businesses, officially ended on Sunday 28 March 2021, with Federal Treasury speculating that up to 150,000 jobs could now be lost across Australia.

MBV CEO, Rebecca Casson is urging Victorians who find themselves facing unemployment to consider a career change into building and construction.

“Unfortunately, there will be many hard-working Victorians who will find themselves unemployed through no fault of their own,” she said.

“However, at the same time, in the building and construction industry we are now facing a huge boom in demand, and an unprecedented shortage in many trades and skills. There could be some very good opportunities for Victorians who find themselves unemployed to think about a whole new career, especially women who only currently make up one per cent of the industry in Australia,” she said.

Ms Casson also applauded today’s announcement by the Victorian Government of the formation of the new body Apprenticeships Victoria.

“This is a terrific initiative which will provide support and create much better pathways for potential apprentices of all ages, to make their way into the workforce and it couldn’t have come at a better time.”

28-year-old Luke Hartley was a late starter to his apprenticeship, taking on a carpentry apprenticeship three years ago, after studying Commerce and then Construction Management at university.

“Best thing I’ve ever done! There’s so much work around and I love being on the tools and combining that with what I learnt at uni. I think like so many other young people, I almost felt like I had no other option other than going to uni, but I know now where I’d rather be,” he said.

“If anybody wanted my opinion about whether they should think about a trade, I’d say definitely!”

A recent survey found almost 80 per cent of Victorian building and construction businesses are currently experiencing significant delays in being able to secure key tradespeople.

Ms Casson also reminded MBV members that last week, the Victorian Government introduced the $250 million Jobs Victoria Fund which will provide a wage subsidy of up to $20,000 per eligible employee to meet the costs of taking on new workers for the first 12 months of their employment.

“This new fund is a welcome and positive initiative focussing on several priority groups identified by the Government as being disproportionately affected by the impacts of COVID-19 – including women – and I encourage our members to take a look at whether they can utilise the fund to help them take on more team members,” she said.

Supporting women is a key objective of the program, and other priority groups include people who have been unemployed for more than six months, Aboriginal and Torres Strait Islander people, workers with disabilities, newly arrived migrants from non-English speaking backgrounds, and workers aged under 25 or over 45.

“Whilst the pandemic has certainly had a significant impact on the building and construction industry, we remain optimistic that out of the adversity our sector has been confronted with, we’ll start seeing new opportunities for people to join our industry and support for the companies looking to employ them,” said Ms Casson.

MBV offers award winning training at 13 locations across Victoria for industry participants and has also just launched a new careers hub Careers Hub | mbav.com.au which lists positions – including apprenticeships – which are available with MBV members.

From 11.59 pm Friday 9 April, no density quotient will be applied in office-based workplaces except in publicly accessible. 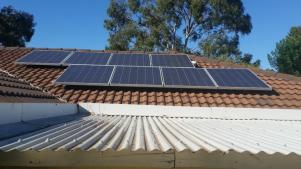