Lend Lease secured the highest accolade for its work on Margaret Court Arena, a high-profile project offering substantial challenges in construction and programming.

The building involved the key innovation of taking a proprietary, cost-effective structural ceiling system used primarily in the preparation and erection of flat portal-frame roofs and applying it instead to a saw-toothed roof with a 29-degree pitch. The roof was prefabricated, assembled on the ground and lifted into place.

“Most people are not aware of the remarkable effort and finesse it took to build and update this important piece of sports infrastructure,” Master Builders CEO Radley de Silva said. “Considering Melbourne’s mantle as a major tennis centre, this is a legacy project and one well-deserving of our event’s highest award.”

“The Australian Open brings many thousands of fans to the arena, which provides a modern and innovative venue for the enjoyment of sports.”

“On Master Builders’ 140th anniversary, we are very fortunate to have high-calibre projects such as this one to demonstrate the significance of Victoria’s building and construction industry and contribute to its distinguished heritage.” Mr de Silva said.

Project Manager Tim Fowler received the young builder honour for his broad-scope management and supervisory talents and exceptional stakeholder management skills on over 26 projects ranging in value from $1 million to $50 million. The 37-year-old builder comes equipped with 16 years of experience handling a range of complicated and demanding project management issues.

“We are impressed with his enthusiasm, drive and grasp of a broad range of both technical and challenging aspects of the projects with which he is trusted, and Master Builders is pleased to recognise his achievements.

“People like Tim represent the outstanding achievements of younger people in our industry’s workforce, and the pool of talent from which future leaders in Victorian building and construction will emerge,” Mr de Silva said.

For the second consecutive year, Nicholson Construction was named Regional Master Builder of the Year (Commercial), this time for its work on the Ballarat Community Health Centre, Lucas.

Lend Lease will now go on to compete at the Master Builders Association National Excellence in Building and Construction Awards on the Gold Coast on Saturday, 14 November 2015.

A complete list of the winners is available here. 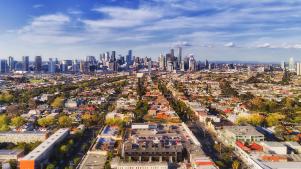 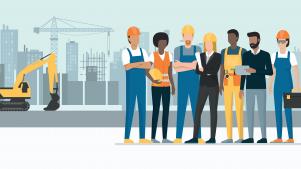