Summary: On Tuesday 29 October, the Victorian Government introduced a new workplace manslaughter law to Parliament. If passed as drafted, this law risks failing to create safer workplaces while imposing fines of around $16 million and up to 20 years jail for employers responsible for negligently causing death.

On Tuesday 29 October, the Victorian Government introduced a new workplace manslaughter law to Parliament. If passed as drafted, this law risks failing to create safer workplaces while imposing fines of around $16 million and up to 20 years jail for employers responsible for negligently causing death.

With such significant penalties it is vital that the Government gets this law right.

The new law must have safety as its number one objective and be workable, proportionate, fair and support continuing collaboration on safety and avoid unintended outcomes.

Victorian employers and employees have a shared responsibility for safety by working together. This collaborative approach is working. While there is more to do, Victorian workplaces are the safest they have ever been.

We have engaged with the Government throughout the development of this Bill. However, it appears that the full range of potential consequences of this legislation has not been fully considered.

Jointly, employer groups have proposed several sound and workable improvements to the drafting of the legislation that would have enhanced its safety objectives. We consider that without changes the legislation may result in unintended consequence and have detrimental effects on safety, investment and jobs.

Once introduced, a workplace manslaughter offence should apply to anyone who has engaged in criminally negligent conduct resulting in death, not just organisations and senior officers.

There is no reason for excluding employees. This can only worsen safety outcomes.

We consider that the laws will disproportionately impact small business. Put simply, the operators of smaller enterprises are more likely to have a 'hands on' role in the business. Overseas experience has shown that they will likely bear the brunt of these laws.

We need laws that are equitable and do not adversely target small business.

We also need more education and support for business to help them focus on prevention and provide the safest possible workplaces, and for WorkSafe to ensure its officials are prepared to manage the complexities of a manslaughter case (currently, manslaughter investigations are conducted by highly trained Victoria Police officers).

We accept that the Government has a mandate to introduce workplace manslaughter legislation, but these laws should be fair and equitable.

We will continue working with the Government, opposition and cross bench with the aim of delivering improved workplace safety outcomes. 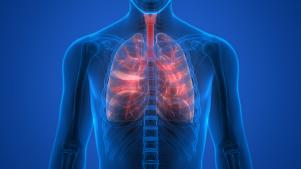 Members operating throughout most parts of Victoria are likely to experience ‘very poor’ or ‘hazardous’ air quality. 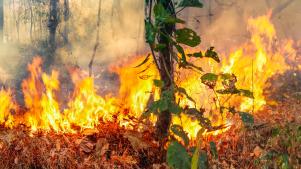 Master Builders Victoria express our support for communities around Australia affected by the devastating fires.