The Inquiry related to the compliance of MBV with its obligations in relation to the conduct of the 2018 elections and the keeping of records.  The Inquiry examined:

The ROC has confirmed that it will not be taking any further action or investigation in relation to these matters.

The ROC has also confirmed that the Australian Federal Police has advised that it would be taking no further action regarding this matter.

MBV thanks the ROC for its diligence in conducting the Inquiry.

During its Inquiry, the ROC identified two areas relating to ‘election-related issues’ and the ‘keeping of MBV’s register of members’.  The Inquiry found that, as a result of the application of MBV rule 27 in the 2016 and 2018 election, some persons who were not ‘Councillors-elect’ had been permitted to nominate for senior officer roles, contravening the MBV rule that required officers to be elected ‘by and from’ Councillors elect drawn from each sector.

The findings are made in the context of an historical interpretation and the application of a specific rule in MBV's constitution (rule 27) that’s operation had changed in a Constitutional update in 2016 and relates to the process for the election to office.  No findings were made in relation to the conduct of individual office bearers or any employee involved in the elections.

MBV had conducted its own elections through an exemption under the Industrial Relations Act 1988 since 15 October 1990.

However, it should be noted that on 20 April 2020 Master Builders Victoria, of its own volition, applied for – and was granted – a revocation of that exemption, and all future elections will now be conducted by the Australian Electoral Commission (AEC).

On the second issue relating to the keeping of MBV’s register of members, the ROC Inquiry found there had been a ‘technical contravention’ of section 230 of the RO Act, because the postal addresses of two MBV members had not been included in the register of members.

However, the Inquiry found that it was apparent that the issue arose from the late inclusion of these members on the register, rather than any omission. It should be noted that the ROC was satisfied that the issue was confined to the register created for the 2018 election, and that MBV’s register otherwise complies with the requisite legislative requirements.

Considering these facts and the demonstrable co-operation and assistance provided by MBV, the ROC determined that it would not be in the public interest to take any further action or investigation.

MBV accepts full responsibility for the past omissions identified by the ROC’s Inquiry and is committed to implementing any necessary further changes to its processes and procedures to ensure the best possible outcomes for its members and the organisation.

MBV is committed to the highest level of best practice and good governance. 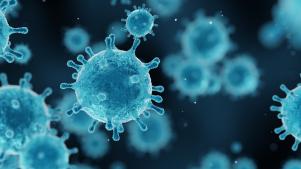 On Friday, 9 April 2021, the Victorian government announced further easing of COVIDSafe measures, including the density quotient. 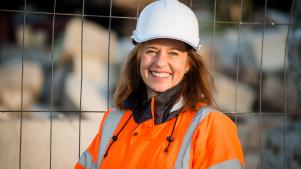 The Australian Building Codes Board (ABCB) has developed CPD courses to ensure you are up to date with the current requirements.