What does the federal budget mean for you? 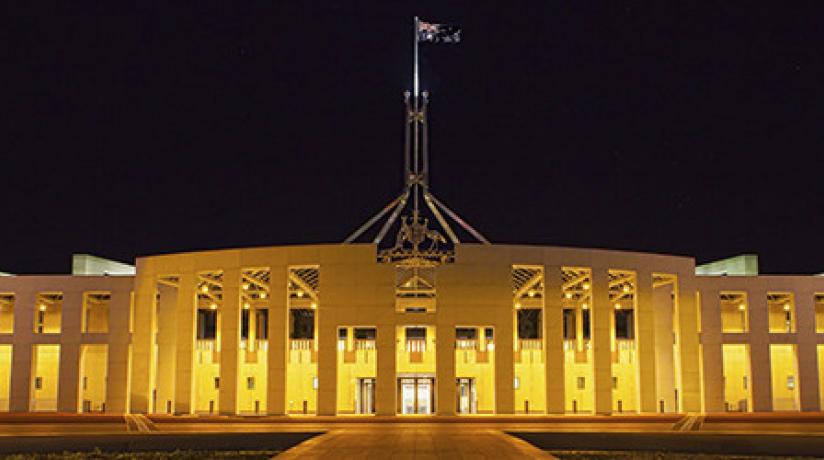 Summary: Master Builders welcomes the measures in the 2017/18 Federal Budget designed to increase housing supply and address the housing affordability crisis, fund critical infrastructure projects, support small businesses and go some way to promoting apprentices—but, as ever, the devil will be in the detail.

Master Builders welcomes the measures in the 2017/18 Federal Budget designed to increase housing supply and address the housing affordability crisis, fund critical infrastructure projects, support small businesses and go some way to promoting apprentices—but, as ever, the devil will be in the detail.

We are cautiously optimistic about the proposed measures to increase supply of housing in Australia, and hopeful that this will address the housing crisis that is constricting dreams of Victorian home-ownership.

We have long said that Victoria’s dysfunctional planning system is at the heart of the lack of supply, so we are pleased with the sentiments expressed in the Budget around proposals to offer incentives for planning and zoning reform and housing targets that are to be set under the new National Housing and Homelessness Agreement. However, the details of these proposals and whether they apply to the breadth of the housing spectrum will determine whether they will have a substantial impact on housing supply.

The construction industry is home to the largest number of businesses in Victoria, which is why we support steps in the 2017/18 Budget to help small businesses.

Our builders are concerned about the drop-off in the numbers of apprentices, so we hope that the $1.5 billion fund supports apprentices where they are really needed—in the Victorian construction industry.

In terms of infrastructure delivery, we acknowledge that there are legislative processes in place to help ensure that federal funding is delivered in the areas of greatest need, but we are concerned that the process appears to be crippled by political friction that leaves Victoria with a disappointingly small slice of the pie for urgent infrastructure projects.

We feel it is important to note that Victoria has demonstrated a commitment to de-politicising the process by establishing a non-partisan body, Infrastructure Victoria, to make unbiased recommendations based on fact and need. We would hope the federal government could follow the example, by linking infrastructure funding to Infrastructure Australia priorities.

Some of the major proposals that address housing affordability include:

• Releasing suitable surplus Commonwealth land including 127 hectares of Defence land in Maribyrnong, which is less than 10 kilometres from the Melbourne CBD and could support up to 6,000 new residential dwellings
• Working with State and Territory governments to set housing supply targets and facilitate planning and zoning reform which speed up development applications and allow for increased density under the new National Housing and Homelessness Agreement
• Establishing a $1 billion National Housing Infrastructure Facility to address infrastructure chokepoints that are impeding housing development in critical areas of undersupply
• Establishing an open-data Commonwealth land registry that will provide more detailed information about Commonwealth land to external parties, allowing and encouraging proposals for higher-value land use, including housing development proposals
• The Government will encourage state and local governments planning and zoning reform, which is hoped to accelerate housing supply and deliver affordable housing outcomes in a number of locations across Australia


Other measures to address issues around affordable housing and first-home buyers include:

• Establishing the National Housing Finance and Investment Corporation to operate an affordable housing bond aggregator to provide cheaper and longer-term finance for the community housing sector
• Private investors will be able to qualify for a 60 per cent CGT discount by investing in affordable housing. To do so, private investors must hold the property for three years, be available for tenants on low to moderate incomes and be managed by a community housing provider
• From 1 July 2017, Managed Investment Trusts will be able to be set up to acquire, construct or redevelop affordable housing
• First home buyers to be eligible to build a housing deposit inside superannuation. Voluntary contributions of up to $15,000 per year and $30,000 in total will attract concessional tax treatment under the scheme. The scheme commences on 1 July 2017, and contributions and deemed earnings, net of tax, can be withdrawn from 1 July 2018
• Older Australians to contribute downsizing proceeds into superannuation. From 1 July 2018, individuals aged 65 and older will be able to make a non-concessional contribution of up to $300,000 using proceeds from the sale of a principal residence held for at least 10 years into their superannuation. These downsizing contributions will not be subject to the existing contribution caps
• Foreign investors – 50 per cent cap on foreign investment approvals for new developments
• An annual charge to foreign owners who leave their properties unoccupied or not available for rent for six months or more each year.

• $1.5 billion ‘Skilling Australians Fund’ and the additional training of 300,000 apprentices in partnership with state and territory governments.

• The government is committed to cutting the company tax rate to 25 per cent for all businesses to increase Australia’s competitiveness.
• Small-business $20,000 instant asset write-off extended for second year for businesses with an annual turnover less than $10 million
• Annual temporary work visa levy of $1200 or $1800 per worker a year, and one-off permanent skilled visa levy of $3000 or $5000
• $300 million over two years to States to reduce unnecessary regulatory restrictions on competition and small businesses.

• A 10-year allocation for funding road and rail investments, recognising that many transformational projects are planned and built over many years
• This will deliver $75 billion in infrastructure funding and financing from 2017-18 to 2026-27.