Summary: The Victorian economy remains robust, with the latest economic data showing the state is exceeding the national average across all economic indicators.

The Victorian economy remains robust, with the latest economic data showing the state is exceeding the national average across all economic indicators.

According to Master Builders Victoria’s latest Victorian Building and Construction Industry Outlook (March 2018), economic growth in Victoria is expected to grow almost a full percentage point higher than the national average (3.7 per cent compared to 2.8 per cent). In addition, Victoria’s population continues its strong growth trend, with 400 new people per day taking up residence during the past three years and with that rate accelerating over the past year. Such growth has, consequently, bolstered business investment in the state, not least for the building and construction sector, where commercial construction activity has jumped significantly.

The data again shows that residential construction work continues to dominate building activity. With the building and construction sector contributing the largest full-time employment to the state, and delivering the houses, parks, schools, hospitals, roads and aged care centres needed to accommodate the rapidly growing population, it is clear there is an imperative for the Victorian Government to sustain the sector and the Victorian economy.

The State Budget released in 2017 was a strong one providing a number of policies and proposals that encouraged business investment. An example of this is the increase of the payroll tax threshold from $575,000 to $650,000 from 1 July 2018, which benefited 38,000 Victorian businesses. Added to this was the 25 per cent discount for businesses in regional Victoria on their payroll tax to encourage regional business growth. The 2017 State Budget’s investment into infrastructure projects, such as $300 million for the Mordiallic Bypass and $700 million for the M80 upgrade to name some, were also welcomed and shows that the State Government understands the economic importance of infrastructure investment.

However, many critical issues within the building and construction sector remain and the State Government must address this going forward. Some of these are:

• Skill shortages within the sector: if not addressed, will affect the sector’s ability to supply enough homes to meet demand expected from Victoria’s population growth. Implementing mandatory trades registration is a crucial step in addressing this and will increase the quality of building work being done.

• Planning delays: the current system is burdened with long, costly delays as a result of the inefficient planning practices conducted by local councils. To address this, Master Builders advocates for the creation of a centralised decision-making scheme to accelerate the process and balance supply with demand.

• Housing affordability: this remains a problem, depressing home ownership levels in the state and leading to more people renting long-term. The government should address various contributing factors that are affecting affordability in this state, including planning delays, build quality and investment incentives. The environment for investment must be made efficient and effective, including a review of off-the-plan stamp duty concessions. Additionally, new investment models should be considered such as ‘build to rent’ seen in the US and parts of Europe. This will facilitate greater diversity in housing options and aid renters through the enabling of greater security of tenure, certainty about rental increases, and better overall management of rental housing.

As the latest economic data shows, the building and construction sector remains a vital contributor to economic activity in Victoria, fueled by the increasing state population. For this reason, it is imperative that the State Government take heed of these suggested measures in future budget and policy planning in order to further Victoria’s current strong economic performance and the community’s welfare.

“As the largest full-time employer in Victoria, the building and construction sector needs to be regarded attentively when planning for a healthy state economy,” said CEO Radley de Silva.

“The property sector contributes more than 40 per cent of taxation revenue, making the health of the industry crucial to the vitality of the state,” Mr de Silva said. “We cannot afford to ignore the need for dedicated ministerial oversight of the broad-reaching building activity in Victoria.” 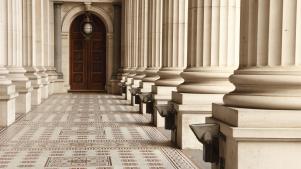 Master Builders Victoria welcomes the Treasurer’s statement of commitment to the building and construction industry, released. 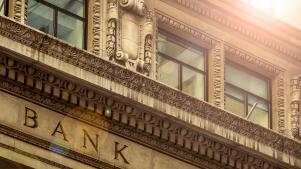 Banks have offered a repayment holiday for their loans, but there may be a sting in the tail that borrowers should consider.